The United Kingdom (UK) withdrew from the EU on 31 January 2020. Since 2 February 2020, it has been considered as third-party country.

The Agreement on the withdrawal of the United Kingdom of Great Britain and Northern Ireland from the European Union laid down a transitional period up to 31 December 2020 during which – with some exceptions – the conditions and obligations laid down in EU law continue to apply for the UK. The exceptions referred in particular to the leading role of the UK in European procedures and the participation of representatives of the UK in European bodies. Therefore, since 1 February 2020, the UK has no longer been able to hold the function of Reference Member States (RMS) or (Co)rapporteurship. On-going procedures with the UK as RMS were put on hold as per the withdrawal date and had to be resubmitted via an RMS of the European Union (EU) /the European Economic Area (EEA).

As of 1 January 2021, EU pharmaceutical law as laid out in the ‘acquis communautaire’ applies to the UK in respect of Northern Ireland only. This is based on the Protocol on Ireland / Northern Ireland. The Protocol forms part of the withdrawal agreement concluded by the EU and the UK that established the terms of the UK's withdrawal from the EU. 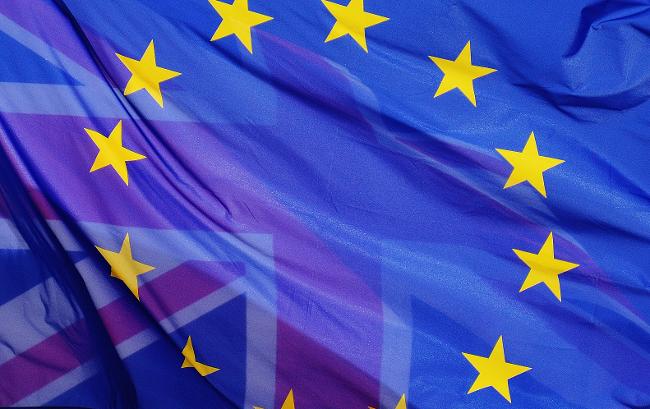 Implementation at the Paul-Ehrlich-Institut

The Paul-Ehrlich-Institut, Federal Institute for Vaccines and Biomedicines, prepared itself in a timely manner to extend its commitment in the European network of medicines authorities. For this purpose, it extended its personnel capacities and has taken over procedures, which were led by UK authorities until 31 December 2020 in order to prevent potential shortages:

PEI has also intensified its activities in the areas of authorisations of clinical trials and/or field trials, scientific advice, inspections, and pharmacovigilance. Besides, product testing and the issuance of EU certificates for official batch release are affected by Brexit. Experts of the Paul-Ehrlich-Institut have assumed additional duties in this area, too.

The Paul-Ehrlich-Institut would like to draw particular attention to the fact that from 1 January 2021, the following persons, functions, or activities must be located within the EU or the EEA:

The transfer of the functions and activities to the EU or the EEA should have taken place before 1 January 2021. However, in ongoing DCP approval procedures, the relevant changes can still be submitted with the Day 106 or Day 160 response. In ongoing MRP procedures, only a change of applicant or future Marketing Authorisation Holder (MAH) with the Day 40 response is possible; all other changes must be applied for and completed by variation applications before the start of the MRP.

From 1 January 2021, for medicinal products where at least one of the above persons/activities is based solely in the UK the following applies:

Third country regulations will then apply to imports from the UK - the details of the trade agreement between the EU and the UK must be taken into account.

For all ongoing procedures and issued marketing authorisations in the MRP/DCP where the UK is currently still CMS, there will be an automatic transfer from UK to XI (official term for Northern Ireland). Applicants or MAH who do not wish to make use of this automatic transfer should inform the MHRA and the RMS immediately.

According to the Protocol, the national MAs for medicinal products issued by the United Kingdom in respect of Northern Ireland (i.e. other than centralised procedures) have to comply with Article 17 and 18 of Directive 2001/83, i.e. for future marketing authorisations, they will have to go through the decentralised procedure (DCP) or the mutual recognition procedure (MRP), if the applicant already holds a MA in an EU/EEA member state (MRP) or applies for MAs in any EU/EEA member state(s) (DCP). Therefore, in the above-mentioned situations, MA applicants who wish to obtain a MA for the UK in respect to Northern Ireland have to include Northern Ireland as a member state (XI) in the scope of their MA application in the DCP or MRP. MAH are reminded to familiarize themselves with the applicable rules in Northern Ireland after the end of the transition period as specified in the Protocol on Ireland/Northern Ireland and update their MAs as needed.

The trade agreement between the EU and the UK, which was concluded on December 24, 2020, includes, among other things, an agreement on the mutual recognition of inspections and GMP documents.

Product testing as an OMCL

The Paul-Ehrlich-Institut is interested in a close dialogue with the manufacturers to assume additional duties within the official batch release and product testing system in the accredited laboratory areas and will be happy to support a change in OMCL (Official Medicines Control Laboratory both for human and for veterinary products.

The relevant European bodies have established working parties on the subject of Brexit, which publish European decisions and FAQs on different topics on their websites. The Paul-Ehrlich-Institut fully supports the notes already made available and the decisions made at a European level.

As of 1 January 2021 the United Kingdom (UK) will no longer participate in the mutual recognition of Official Control Authority Batch Release (OCABR) and Official Batch Protocol Review (OBPR) between the EU/EEA and the UK. The UK cannot issue EU/EEA OCABR/OBPR certificates and batch release certificates from the UK issued from this date forward will not be recognised in the EU/EEA.

However, in line with the Q&A of the EU Commission  from 13 March 2020, it remains possible for individual member states to use EU/EEA OCABR/OBPR certificates issued by the UK by 31 December 2020 as part of their release process for batches placed on their market from 01 January 2021 onward without requiring additional OCABR/OBPR testing for those batches.

The Paul-Ehrlich-Institut shares the view of the EU Commission and EDQM. It considers even after the end of the transition period on 31.12.2020 the EU certificates issued by the British authorities National Institute for Biological Standards and Control (NIBSC) and Veterinary Medicines Directorate (VMD) before 31 December 2020 in its own national batch releases to an unlimited extent.