In a study conducted with mice by the Paul-Ehrlich-Institut and the Institute of Virology at the University of Freiburg, a research team under the lead of Professor Zoe Waibler demonstrated that upon infection with negative-strand RNA viruses, both the route and the dose of infection determine whether or not the production of type I interferons (IFN), important immune activating proteins, is independent from their receptor, the IFN receptor (IFNAR). These results shed a new light on the previously postulated mechanism, which implied that a positive feedback loop via the IFNAR is strictly needed for robust IFN production. The new findings uncover that IFNAR-independent IFN production might be the rule rather than the exception and were published in the "Journal of General Virology" on 16 July 2021. 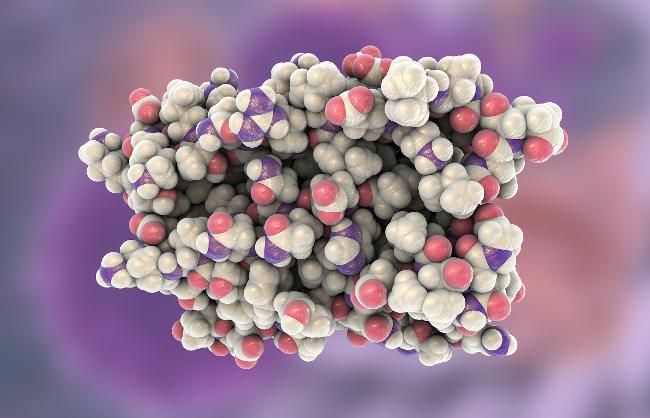 Type I interferons (IFN) are early expressed immune activating proteins which play a crucial role upon viral infections: In case of an infection, an initial small wave of early type I IFNs, particularly IFN-α, is produced, and then binds to the type I IFN receptor (IFNAR) on cells in order to induce the production of high amounts of type I IFN. It has been shown by several publications in the past that this positive feedback loop via the IFNAR is necessary for the formation of robust amounts of type I IFN. In a previous study Professor Zoe Waibler, head of the section “Product Testing of Immunological Medicines” in the Division of Immunology at the Paul-Ehrlich-Institut, and her team were able to show that animals lacking the IFNAR produce unexpectedly high amounts of type I IFN following infection with thogotovirus, a member of the Orthomyxoviridae virus family.

In order to investigate whether IFNAR-independent IFN responses are unique to an infection with thogotovirus, the team of Professor Waibler carried out infection experiments on mice with multiple negative-strand RNA viruses, using different routes and doses of infection.

Interestingly, both the route and dose of infection were critical for the formation of type I IFN in the absence of the IFNAR: A number of viruses induced IFNAR-independent type I IFN responses when the infection occurred through virus injection into the abdomen (intraperitoneal). Of note, this IFNAR-independent IFN expression did not correlate with the survival of the infected animals or the virus load in different organs. In-vitro studies show that myeloid dendritic cells (mDC) – cells of the innate immune system – are able to produce IFNAR-independent IFN responses. The production of IFN in these cells is dependent on the expression of the mitochondrial antiviral signaling protein (MAVS). Hence, depending on dose and route of infection, the IFNAR feedback loop is not strictly necessary for robust type I IFN expression and IFNAR-independent type I IFN production might be the rule rather than the exception for infections with numerous negative-strand RNA viruses. Thus, systemic and local immune responses might differ regarding their dependency to the IFNAR. These findings are of major interest because some viruses have evolved strategies to specifically counteract the production of type I interferon. The understanding of how type I IFN are induced independently of their receptor might contribute to the development of antiviral treatment strategies in order to combat these types of infections.